Photo from the summer 2018 Esposito research group trip to a Yankees game. 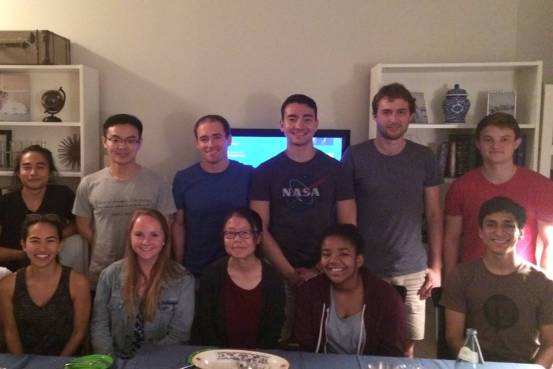 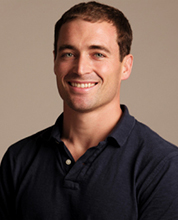 Bio: Daniel (Dan) Esposito received his B.S. in Chemical Engineering from Lehigh University and his Ph.D. in Chemical Engineering at the University of Delaware. After studying as a postdoc at the National Institute of Standards and Technology (NIST), he became an Assistant Professor in the Department of Chemical Engineering at Columbia University. At Columbia, he leads the Solar Fuels Engineering Lab, which combines its expertise in electrochemical and catalytic sciences with core chemical engineering principles to develop design rules for innovative electrochemical and solar energy conversion technologies. Prof. Esposito is a recipient of the National Science Foundation CAREER award, and his lab receives funding from a combination of federal agencies and industrial sponsors.

Anna grew up in Akron, Ohio and received her B.S. in Chemical Engineering at The Ohio State University. Before coming to Columbia, she was on a Fulbright grant doing research on using anodized aluminum substrates for perovskite solar cell applications at the MPI for Polymer Research. Her current research interests include studying the bubble dynamics in water electrolysis, electrochemical flow cells, and solar fuels generation. Outside of lab, Anna enjoys Ultimate Frisbee, running and finding the best food in NYC.

Marissa received her B.S. in chemical engineering from Michigan State University. Now a Ph.D. candidate at Columbia University, Marissa’s research focuses on developing membrane coated electrocatalysts for a variety of solar fuels applications. Outside of research you can find Marissa practicing ballet, Texas hold ’em, and re-watching Jurassic Park (or any other 90s films).

Pang grew up in Dalian, China and received his B.S. in Chemical Engineering from University of Delaware. His current research interests include water electrolysis, carbon dioxide electrochemical reduction, electrochemical flow cells. Outside of lab, Pang enjoys playing acoustic guitar and having fun with friends.

Robert was born and raised in southeast Michigan and attended the University of Michigan where he received a B.S. in chemical engineering. Currently a PhD track student at Columbia University, he is beginning work on Z-scheme photocatalysis for the production of solar fuels. Outside of Lab, you can find Robert playing soccer, attending comedy shows, and cooking.

Pulling CO2 from air- within reach!